For those of you new to my blog I try to do a feature every Saturday which I have called Something Different Saturday.  Now this is always craft based and because I love paper engineering usually a 3D item or a box.  So if you are wondering that is why I post something more project based on a Saturday! 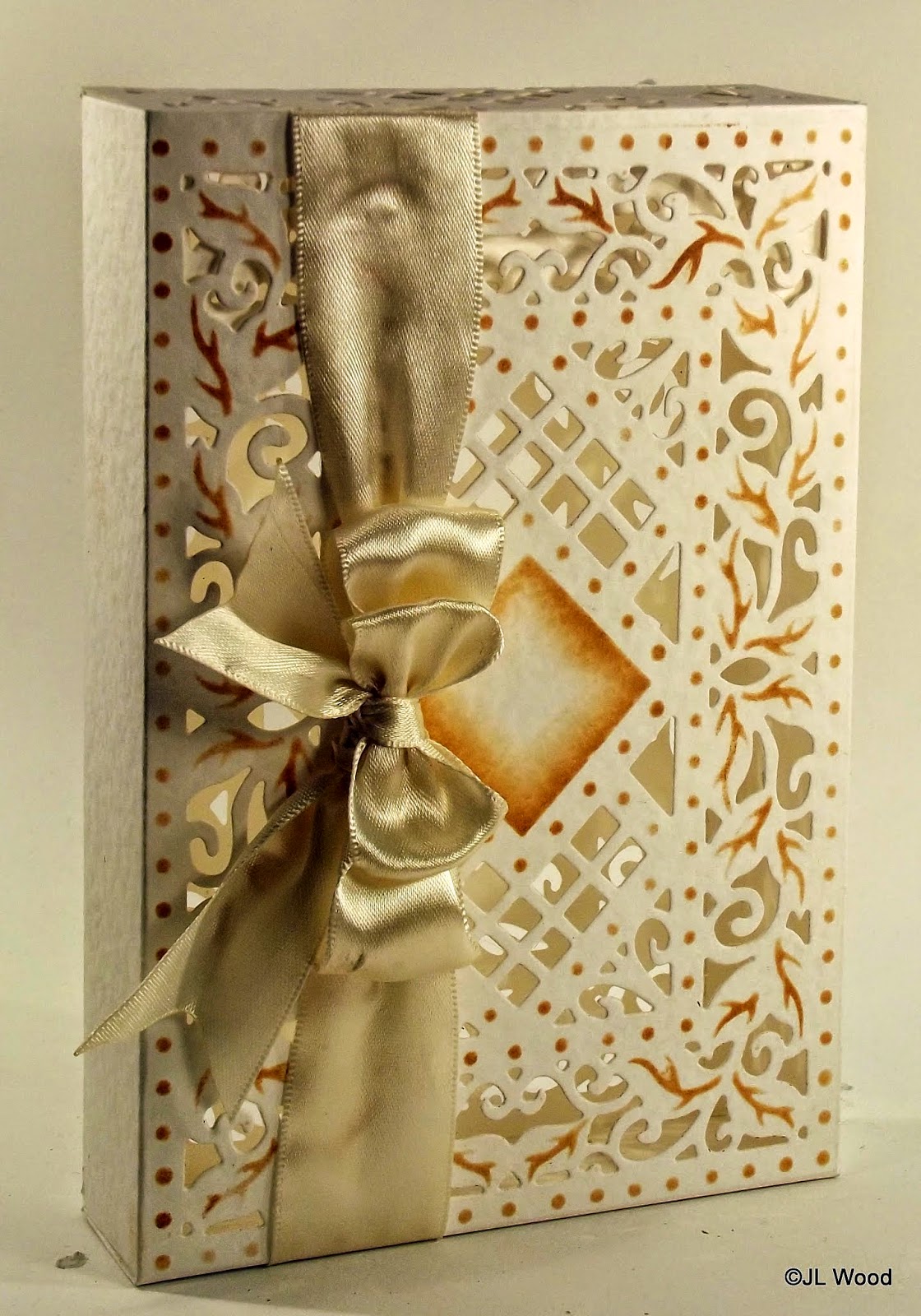 Now today's creation has a story, last week Jacquie mentioned that she had received an email form Creative Expression with a project from them making a card set or box from the SW background die.  I had a look o the CE blog but couldn't find anything as I wanted to create an idea like his and I didn't want to copy anything.  As I wasn't able to find anything I went ahead and made the version I've had running in my head for a couple of weeks!  Hopefully this isn't too similar to what CE have put out I'm trusting my lovely Blog friends to tell me if it is or not!?!

I decided it would be fun to make a die cut box in one piece using a sheet of A4 paper using the Sue Wilson background die form the Spanish Collection.  This is what I came up with... 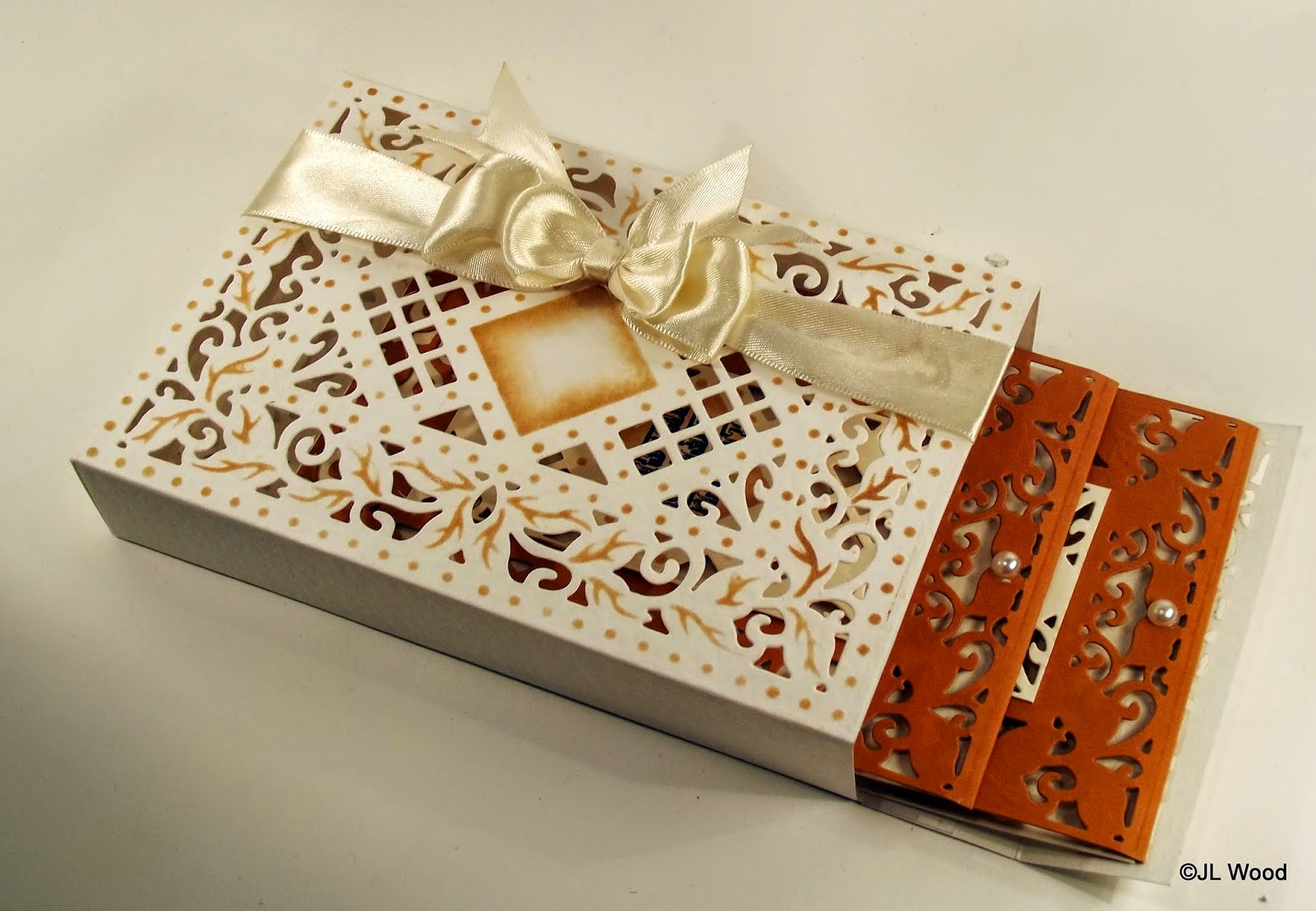 Hopefully the pictures show that this box is not made up from separate sides but is die cut into a full sheet meaning there is only one side seem.  This approach makes for a sturdier box which is important when there is a lot of filigree detail.

I started by measuring out the sizes then die cutting the panels. Next I inked through the die. I am planning a video Tut on this one for next week if there is demand so will hold off on too much details as it's easier to show you! 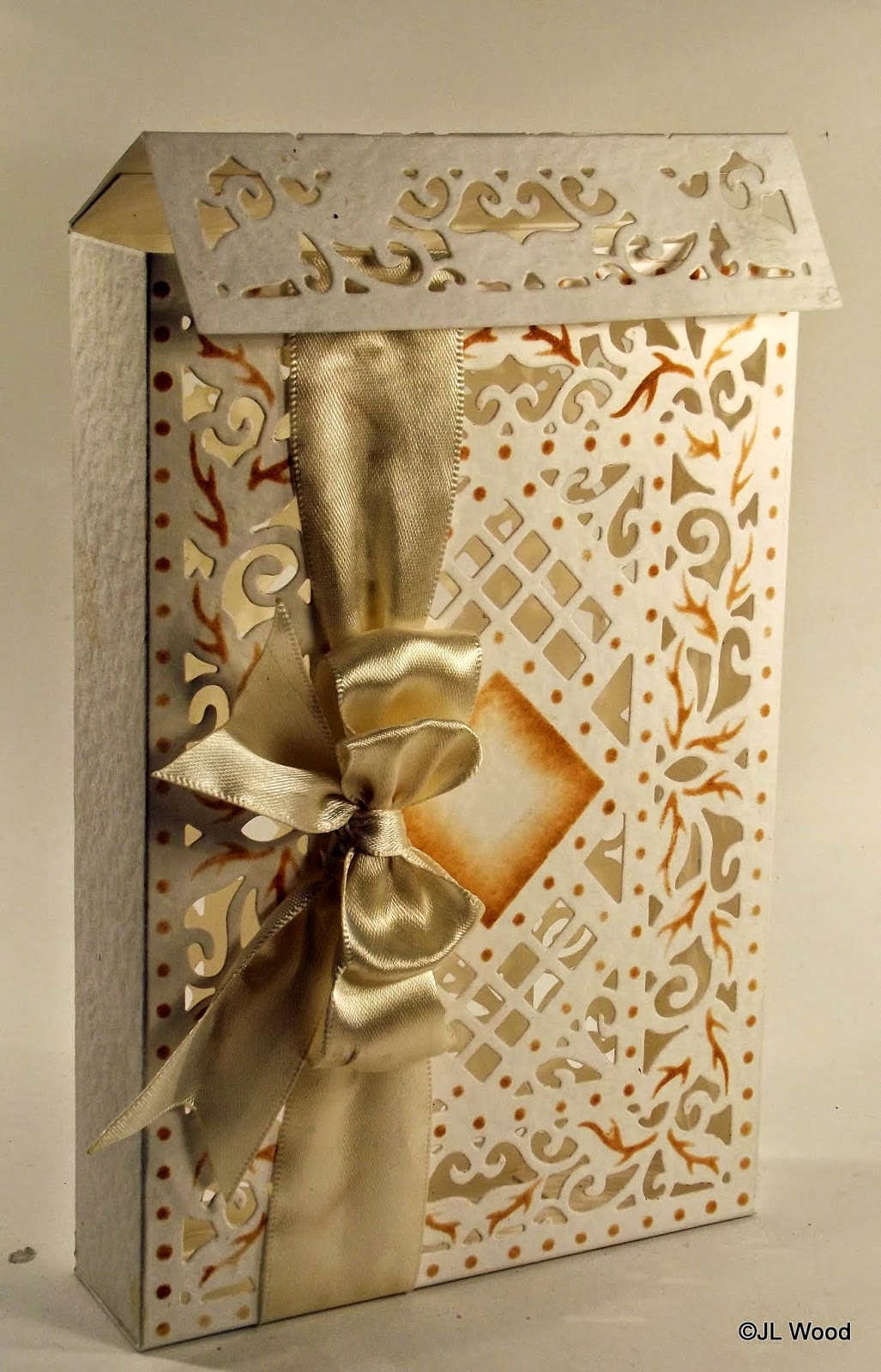 The cards are made by using the same die however this time I have made them in the remnants of the ginger card I used a couple of Weeks ago.  These are made in the filigree technique where I leave a border on the top allowing me to put a solid cream backing on the card with the hinge created by the fold.  I simply decorated the fronts by adding the centre panel form the background die with foam tape and inked them the same as the box.


The only additions I made to the basic box is a flap made of an offcuts from the background die and a bow.  The bow is made using the double bow technique which is one of my earliest video tutorials click on my new Video Tutorials page to look at them all.  I threaded the cream ribbon strip through the filigree and attached it at the bottom and inside the top so that it is an integral part of the box. 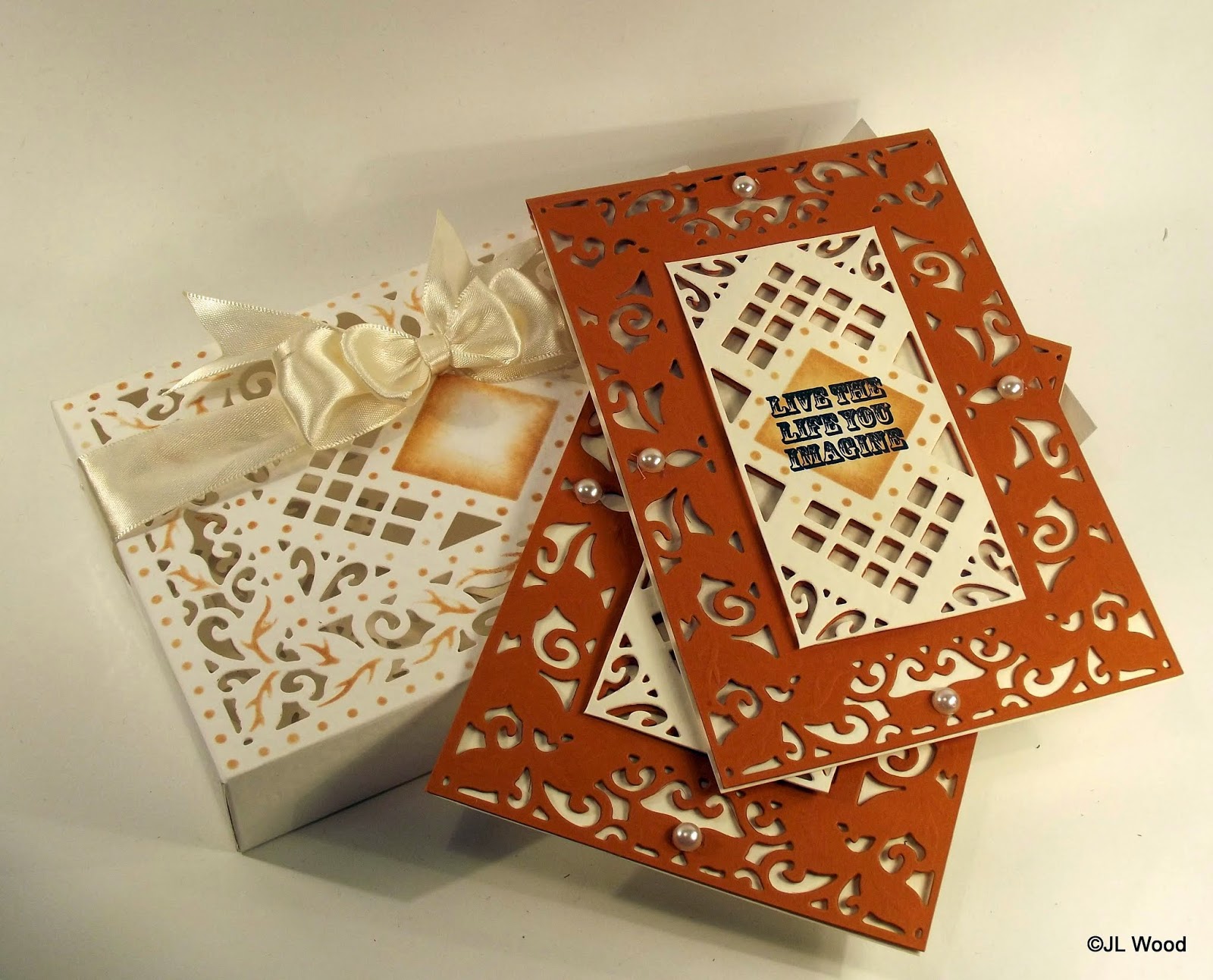 Hopefully a nice gift idea that is original, if CE have already done it then at least I tried!