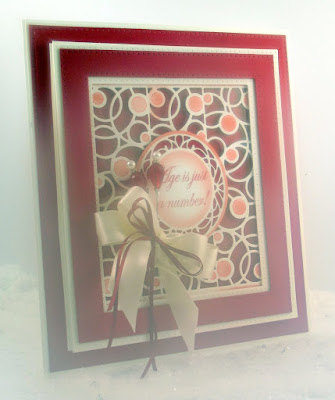 I thought you might like to see one of the card I made especially for the demo day on Saturday with Julia.  I always try to make at least one new card for each demo day I do so that the people coming are guaranteed to see something new.  As it happens I had all my DT cards for January and February as well as some I have made for the scoming days so there was a lot of newness to see!

For this card I cut the mini circles striplet three times parallel to each other in apiece of Coconut white foundation card.  As I cut each one I ran a thin line of Fired Brick distress marker around each of the circles that are visible through the die ( where the embossing would be ) Then I shaded over the die with fired brick distress ink and a smoothie. 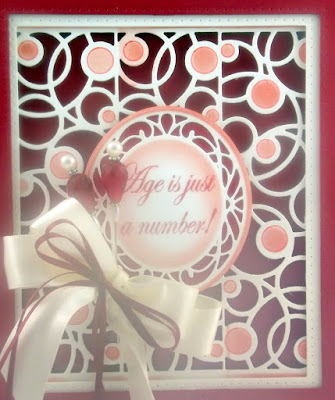 I then cut a wide foam using the double pierced rectangles set A in the white.  I then cut a narrower frame in Scarlet foundation card using set B which is designed honest within set A perfectly.  I foam mounted the scarlet frame over the white one and added this above the circles background.  To add some shone I added acetate behind this which adds another dimension to the background as well as stabilising it. 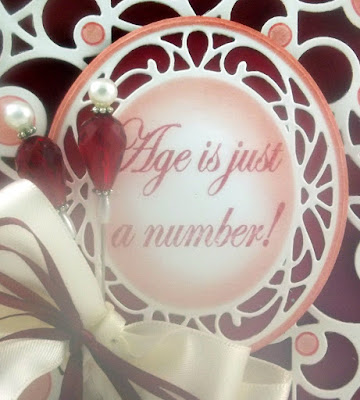 Next I cut the smallest oval plain die from the Grace tags and frame set along with the filigree section that matches.  I stamped the sentiment, from my Louts clear stamp set, in the centre and shaded the piece whilst in the die with more of the fired brick.  I then cut a base for the stamped image using just the outline die in scarlet foundation card.  I foam mounted this into the centre of the background and added a larger double sided satin bow in white and a thin bow in red to match.  I finessed with a couple of stick pins I made to match using Sue Wilson's stick pin elements sets.

I finished by adding the whole piece to a few layers of the white and scarlet to make the finished card. 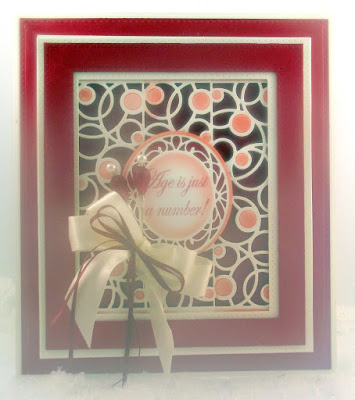 Don't forget Phill Martin is back on Hochanda today at 9am, 12pm, 4pm and last chance at 7pm.  Julia watts and I are travelling over to Hochanda today to make some Promos with Phill for the upcoming CE takeover Weekend at Hochanda this weekend.  Julia, Phill, Lisa and I will be taking over the channel form 8pom Friday until 8pm Sunday so expect lots of demos, Sale Bargains and people popping up to say hi in the wrong shows lol!