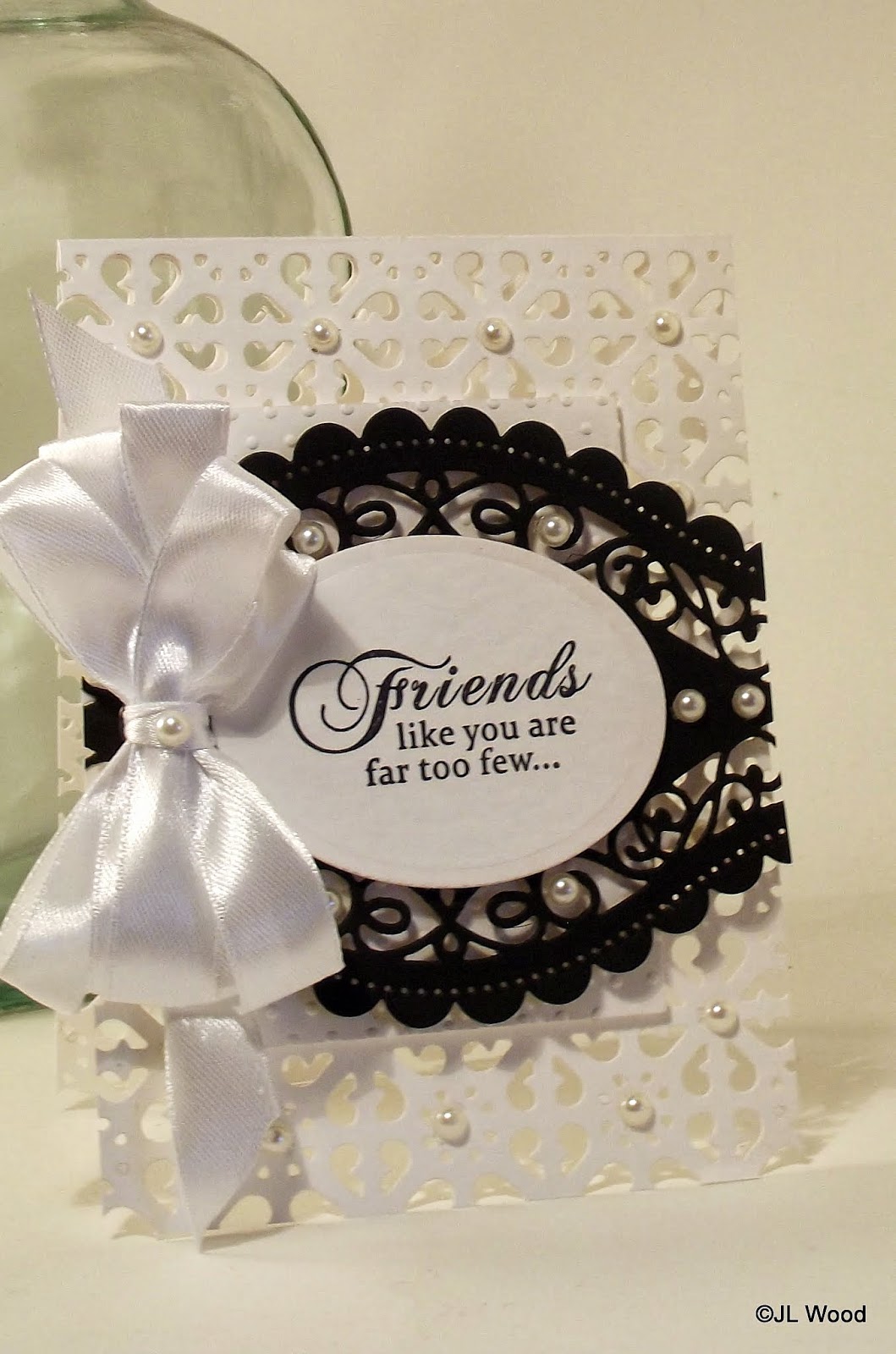 Now when I got home from work yesterday I picked out comment no 5 as the recipient of a card made especially for them.  I asked my last customer of the day to give me a number between 1 and 14 she chose number 5, as it happens this one is heading to the Duck Pond as comment no 5 was Mrs Duck!  I have to admit that Mrs Duck is a good friend however I promise this was a random choice! 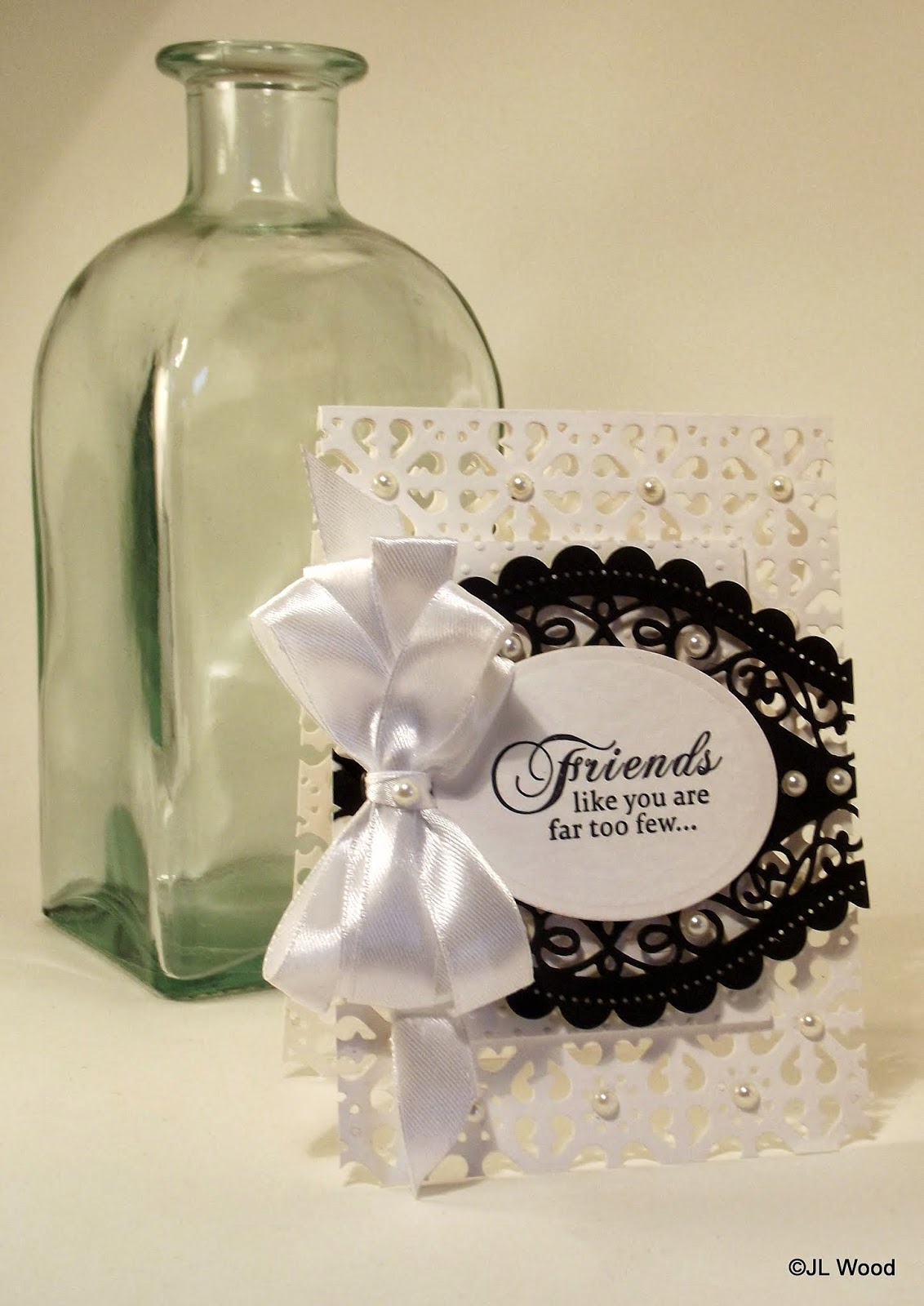 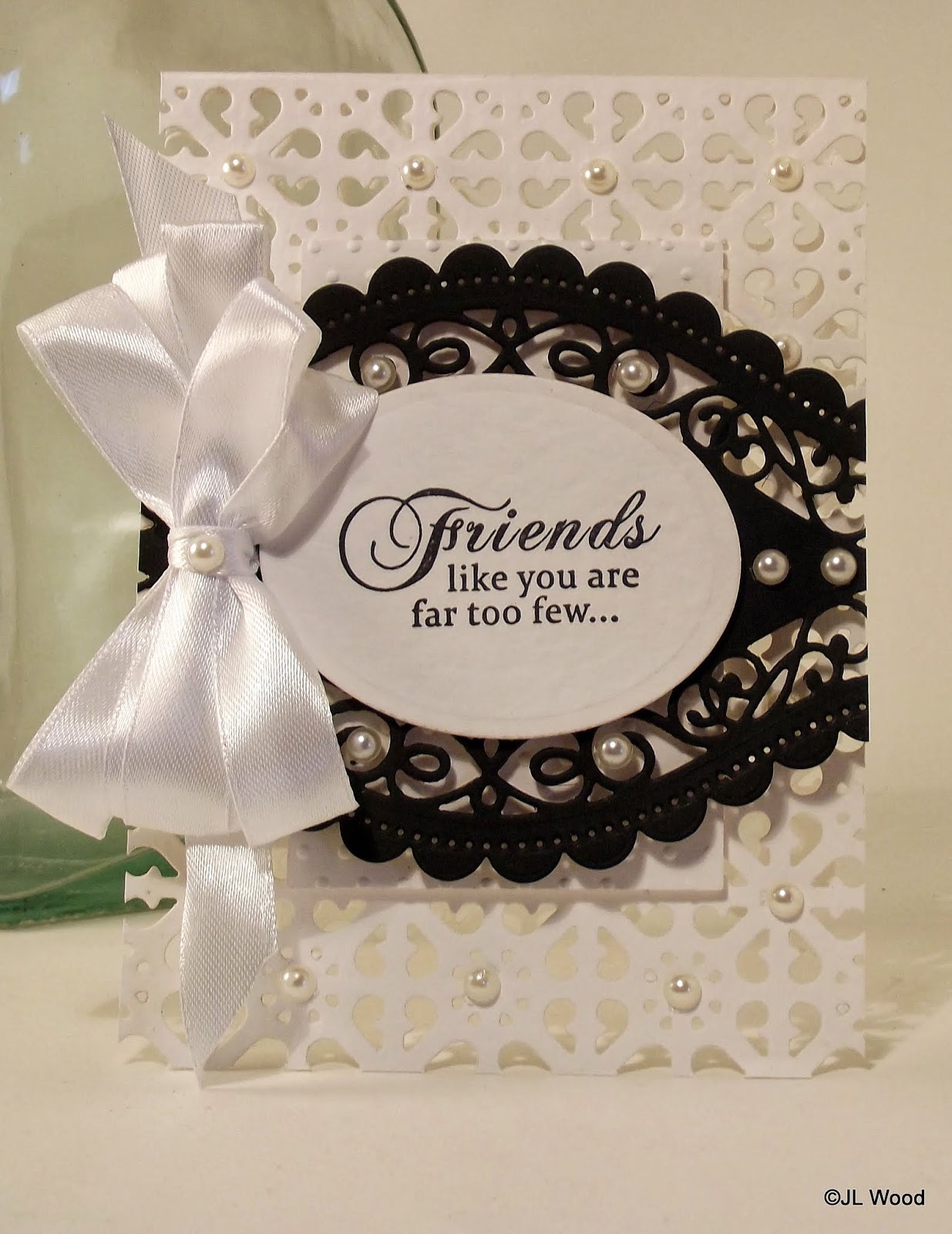 I wanted to make something with a die range that I knew Mrs D was playing with so I chose the Sue Wilson dies as I know Mrs D is trying some of these out! However I used a different set than her last post which features the embroidered striplet die (that I really want but will have to wait for)  To see Mrs Ducks blog click HERE she has the most beautiful card featured today
( well it's still  Monday as I am writing this but only just!!!).

I decided to try making the die into a stand alone filigree card so doubled over some white PMD cardstock and cut the die on the edge to create a fold card.  This took a few passes through the machine at different angles and with card shims however the end result is well worth the effort.  I cut the card down so that the pattern goes off the edge. 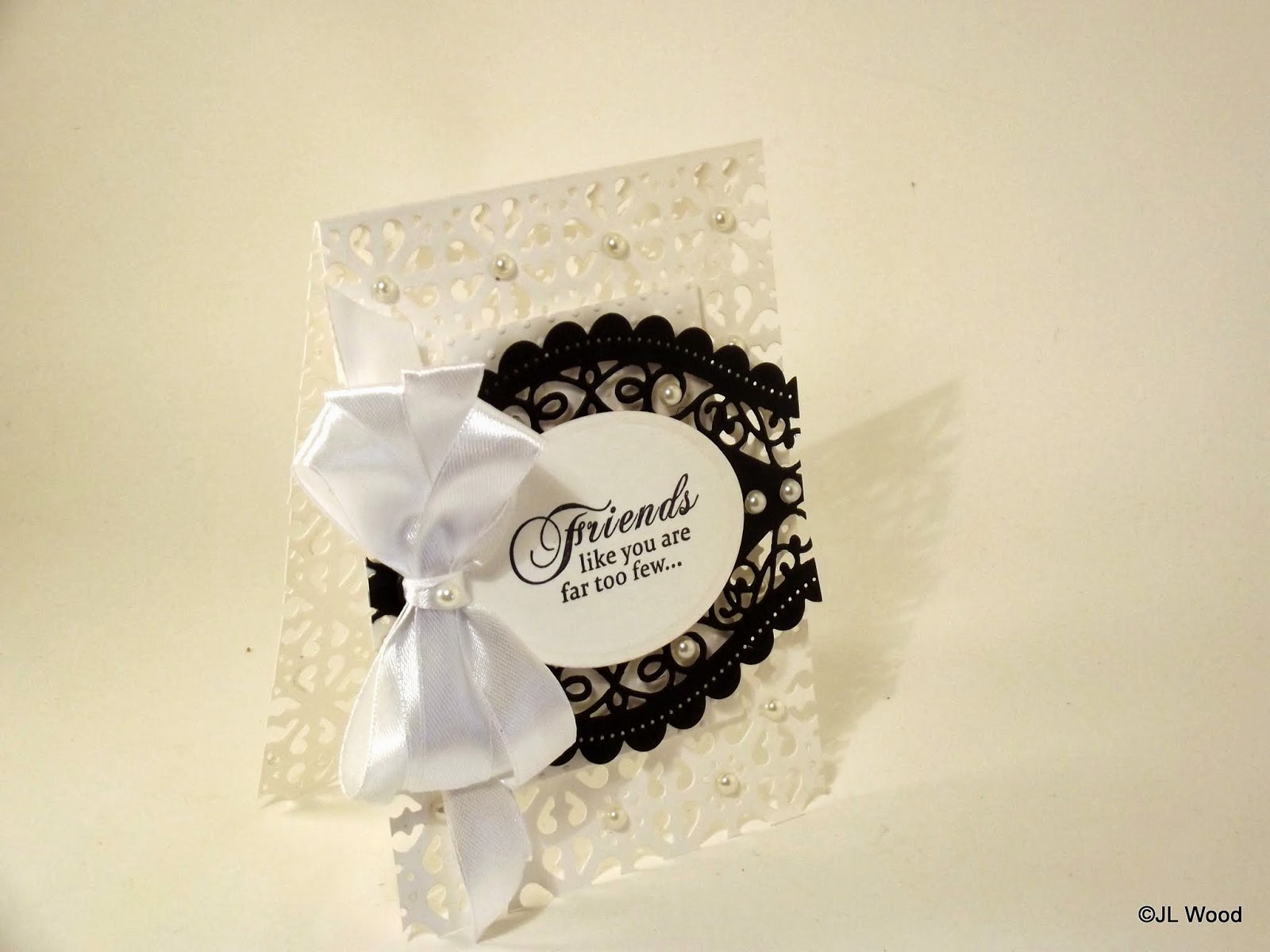 Next I cut a simple piece of plain cardstock and embossed it using a dots embossing folder to back the central element which is cut using 2 dies from Spellbinders Curved borders one in black.  I cut one edge and marked lightly in pencil where the die came up to on the long edge of the card.  The next cut was made by placing the die against the line I had drawn.  This technique gave me a balanced piece that is, hopefully a mirror image.  Finally I added a simple ellipse with the sentiment which really means what it says Friends like you are far too few, which applies to all my lovely blog mates! ...

As usual Mrs D if you email me on, well you know the address, I will post this out to the middle of England for you!